Typography means writing in accordance with the form. It is the use of words as art. 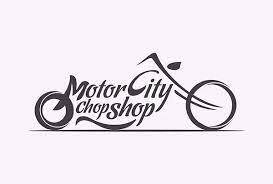 It is accomplished by combinations of font, line length, line spacing, point size, and similar factors.
A lot of thought is put into the artistic value of the words we see on a book page or on the screen today. In fact, the space between every letter, every word, every point, and even every character, is to show a certain emotion and mood, just like an artist conveys emotion with a brush stroke.
The written word as an art form is not a new concept. The art of calligraphy dates back to 6000 years ago in Asia, and in the West to ancient Greece and Rome. The first remnants of typography are found in the Minoan civilization in Crete, around 1800 BC. In 1908, archaeologists found a clay inscription from the Minoan civilization called the Phaistos Disk, and contains many symbols, most of which are similar to each other. The technique used in making this inscription was not solved until the middle ages. It is thought that the Phaistos Disc was made by pressing similar bricks into soft clay, thus producing consistent symbols and characters.
Between the 10th and 12th centuries, work on creating similar letters using prefabricated bricks began to develop in Europe and the Byzantine Empire. With this method, scribes had the opportunity to write coherent works. The fact that the method took a lot of time limited the production of wholesale works.
Around 1440, Johannes Gutenberg, a German blacksmith and money changer, develops a revolutionary invention. He developed a printing press. This machine worked according to the concept of “portable writing”, which entailed printing individual letter patterns onto pages that could be rearranged according to what was being printed. Although this invention was not the first printing machine, it was much more efficient than its peers and could print more than 3000 pages in a day. This situation had a profound effect on the printing world. With Gutenberg’s machine, copies of the Bible began to be printed in series for the first time in history, and it was ensured that everyone could easily access the texts that were previously only accessible to the clergy and aristocrats. The published works were not only limited to religious texts, but over time, poetry and philosophy began to spread in Europe. However, the effect on the literacy rate has increased visibly. It triggered the emergence of new ideas and concepts, their effective and rapid reach to large masses, and also the Protestant Reformation. It has contributed to bridging the gap between upper and lower class citizens in Europe. 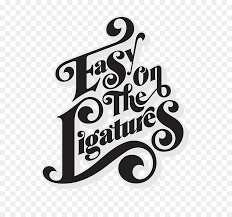 When placing typefaces or symbols called “Glyphs” on a page, there are many factors that determine the visual beauty of the finished product:
Typeface: This term, which is often used as the term “font”, is actually the sum of fonts, each of which has its own weight, width, slope and other features. The most common examples are Helvetica and Times New Roman, while subsets such as Helvetica Neue 75 Bold are fonts.
Font Color: Unlike the traditional understanding of color, the term font color in typography refers to the balance between the white area on the page and the darkness or lightness of the letters.
Spacing: The spacing between typefaces in typography is often just as important as the typefaces. There are types of spaces such as spaces between characters, spaces between words, and spaces between lines. By making adjustments to these types of spaces, the designer can affect the reader’s ability to easily read and understand the written text.
People who specialize in typography are called typographers. typographers; they work in business lines where visual messages are predominant, such as graphic design, advertising and web design.