Genetics is a term that refers to the study of genes and their role in heredity – in other words, the way certain traits or conditions are passed on from one generation to the next. Genomics is a newer term that describes the study of all of a person’s genes (genome), including the interactions of these genes with each other and with the person’s environment. Genomics includes the scientific study of complex diseases such as heart disease, asthma, diabetes, and cancer because these diseases are typically caused by a combination of genetic and environmental factors rather than individual genes. Genomics opens up new possibilities for therapies and treatments for some complex diseases as well as new diagnostic methods. 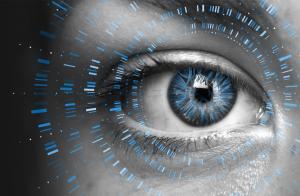 Genetics and genomics play a role in both health and disease. Genetics helps individuals and families learn how conditions such as sickle cell anemia and cystic fibrosis are inherited in families, what screening and testing options are available, and what treatments are available for some genetic conditions. Genomics is helping researchers discover why some people get sick from certain infections, environmental factors, and behaviors while others don’t. For example, there are people who have been doing sports all their lives, eating healthy, getting regular health checks, and dying of a heart attack at the age of 40. There are also people who smoke, do not exercise at all, eat unhealthy foods and lead their lives. Genomics may be the key to understanding these differences. All people are 99.9 percent the same in their genetic makeup. The differences in the remaining 0.1 percent contain important clues about the causes of diseases. A better understanding of the interactions between genes and the environment through genomics is helping researchers find better ways to improve health and prevent disease.

Learning more about diseases caused by a single gene (using genetics) and complex diseases caused by multiple genes and environmental factors (using genomics) could lead to earlier diagnoses, interventions and targeted therapies. A person’s health is affected by family history and common environmental factors. This makes family history an important, personalized tool that can help identify the many factors that cause conditions that also have a genetic component. Family history can serve as the cornerstone for learning about genetic and genomic conditions in a family and for developing individualized approaches to disease prevention, intervention and treatment.
Family history can provide additional context for assessing risks, but some information can be provided without this information. For example, certain screening tests are available regardless of family history, including reproductive scans, mammograms, colonoscopies, and cholesterol scans.
According to our personal genes, autoimmune diseases result from a combination of genetic predisposition and environmental triggers that cause the body to attack its own healthy tissues and cells. In rare cases, an autoimmune disease is monogenic, caused by mutations in a single gene. Often, however, autoimmunity is polygenic and genetic risk is determined by the interaction of multiple genes.

If you want to have your DNA analyzed, there are two ways:
1. Genotyping – Genotyping looks at a small amount of DNA that tells us about most of the common DNA changes among us.
2. Whole Genome Sequencing – Whole genome sequencing looks at nearly all of your DNA.

Topics covered in genomics include, but are not limited to:

• Functional genomics, which includes transcriptional profiling, mRNA analysis, microRNA analysis, and analysis of non-coding and other RNAs using established and emerging technologies (such as digital gene expression). Manuscripts that only analyze existing sequence data are no longer suitable unless new sequence data is added or a new algorithm is introduced for analysis. The algorithm must be made public, either through a web page or as code. 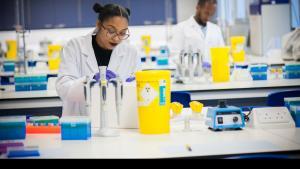 • Evolutionary and comparative genomics, including phylogenomics.

• Genomic technology and methodology development focusing on new and exciting applications with the potential for significant impact in the field and emerging technologies.

• Computational biology, bioinformatics and biostatistics, including integrative methods, network biology, and the development of new tools and techniques.

• Genomic approaches to understanding the mechanism of disease pathogenesis and its relationship to genetic factors, including meta-genomics and the mode and pace of gene and genome sequence evolution.
• Medical Genomics, Personal Genomics and other applications for human health.

• Application of genomic techniques in model organisms that may be of interest to a wide audience.

• RNA-seq experiments that do not contain three or more biological replicates will not be accepted for papers based on differential expression.

Nearly every human ailment has a basis in our genes. Until recently, doctors could only consider genes or genetic studies in the case of birth defects and a limited range of other diseases. These were conditions like sickle cell anemia, which have very simple, predictable patterns of inheritance as each results from a change in a single gene.

With the vast wealth of data on human DNA created by the Human Genome Project and other genomic research, scientists and clinicians have more powerful tools to examine the role played by multiple genetic factors, acting together and with the environment, in much more complex diseases. These diseases, such as cancer, diabetes and cardiovascular disease, constitute the world’s biggest health problems. Genome-based research is already enabling medical researchers to develop better diagnostics, more effective therapeutic strategies, evidence-based approaches to demonstrate clinical efficacy, and better decision-making tools for patients and providers. As a result, tailoring treatments to a patient’s specific genomic makeup seems inevitable. However, it’s important to understand that moving discoveries from the scientific lab to the medical clinic often requires significant time, effort, and funding. Most new drugs based on genome-based research are estimated to be at least 10 to 15 years away, but genome-focused efforts in lipid-lowering therapy have shortened that interval considerably. According to biotechnologists, it often takes more than a decade for a company to conduct the kind of clinical trials it takes to gain approval from the Food and Drug Administration.

Rapid progress is also being made in the emerging field of pharmacogenomics, which involves using information about a patient’s genetic makeup to better tailor drug therapy to their individual needs.

Clearly, genetics remains just one of several factors that contribute to people’s risk of developing the most common diseases. Diet, lifestyle, and environmental exposures also come into play for many conditions, including many types of cancer. Still, a deeper understanding of genetics will shed light on more than inherited risks by uncovering the essential components of cells and ultimately explaining how all the various elements work together to influence the human body in both health and disease.